Auxly Cannabis Group Inc. (OTCMKTS:CBWTF) has announced changes in the management team and Board of Directors and also offered an update on its path to profitability.

The company’s founder and Chairman, Chuck Rifici, has resigned from the Board of Directors. Ms. Genevieve Young, the current Independent Director on the Board and chairperson of the Audit Committee, will assume the role of Auxly Chair. Young is the President and COO of Global Public Affairs, a leading strategic communications and government advocacy consultancy that represents Canada’s largest and most dynamic organizations.

Hugo Alves, the CEO of the company, said thanked Chuck for his contribution to the company and wished him well. As the founder and former CEO, Chuck was instrumental in building Auxly from the ground, and it is through his work, the company is where it is today.

Also, the company’s Board of Directors has welcomed Vikram Bawa as the new Independent Director. Bawa is a global marketing leader who has achieved a lot in mature and emerging markets focusing on consumers. He has led multifunctional and different organizations across various categories and helped develop long-term business strategy at global and local levels.

Michael Lickver, the current SVP of strategy, has been appointed the president of Auxly. He has been vital in the development and execution of the corporate strategy of the company. In the new role, Lickver will oversee the commercial, regulatory and operational affairs of Auxly.

Recently the company announced that Health Canada had granted its subsidiary KGK Science Inc. a second Cannabis Research License as per the Cannabis Act. With the license, KGK will administer cannabis edibles, extracts, and topicals to human subjects to evaluate palatability and sensory testing at the London, Ontario clinical facility.

The sensory evaluation analyses, measures, and interprets the reaction of subjects to products as perceived by senses. It is a good tool for determining consumer preferences and the basis for differences. 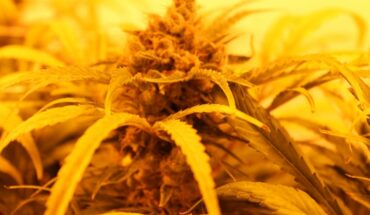