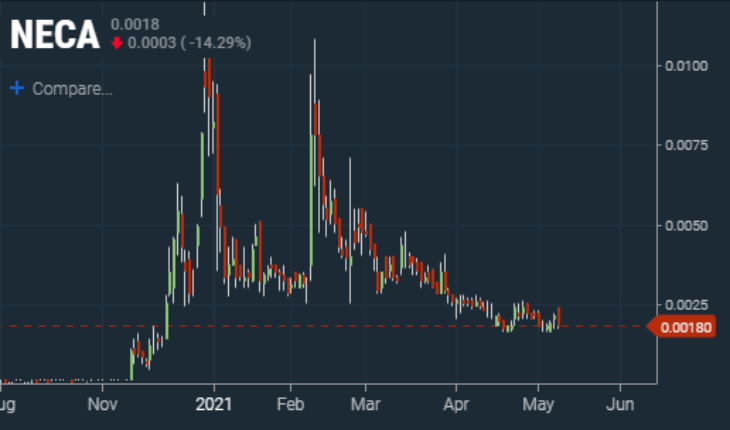 New America Energy Corp. (OTCMKTS:NECA) gapped up on the open but couldnt hold on.

NECA issued news pre market, which was probably the catalyst for the strong opening. Here are a few highlights.

NECA today announced the signing of a Letter of Intent to acquire a family entertainment center in South Carolina. The LOI was entered into on May 4th, but the negotiations have been ongoing for several weeks.

The family entertainment center has bowling lanes, full arcade, redemption counter, party rooms, and a full-service bar & restaurant. In addition to acquiring the operations of the FEC, NECA will also be acquiring the physical building and surrounding land as part of the transaction.

NECA has been on a steady decline since it’s high in February of just above .01. Since then, the stock is down about 80%. The stock has found some temporary support at .0016 over the last few weeks. This price acted as resistance back in December 2020 before the big break out.

NECA is currently trading below all the significant daily moving averages. 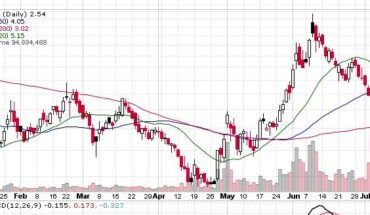 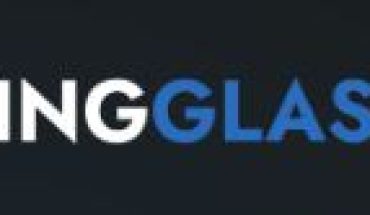 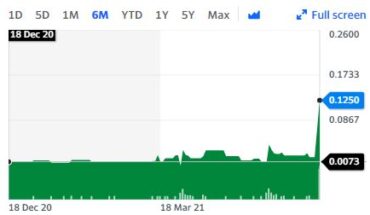 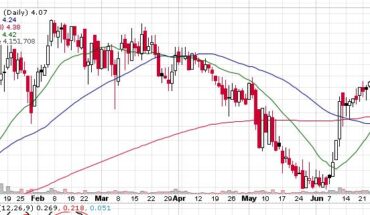